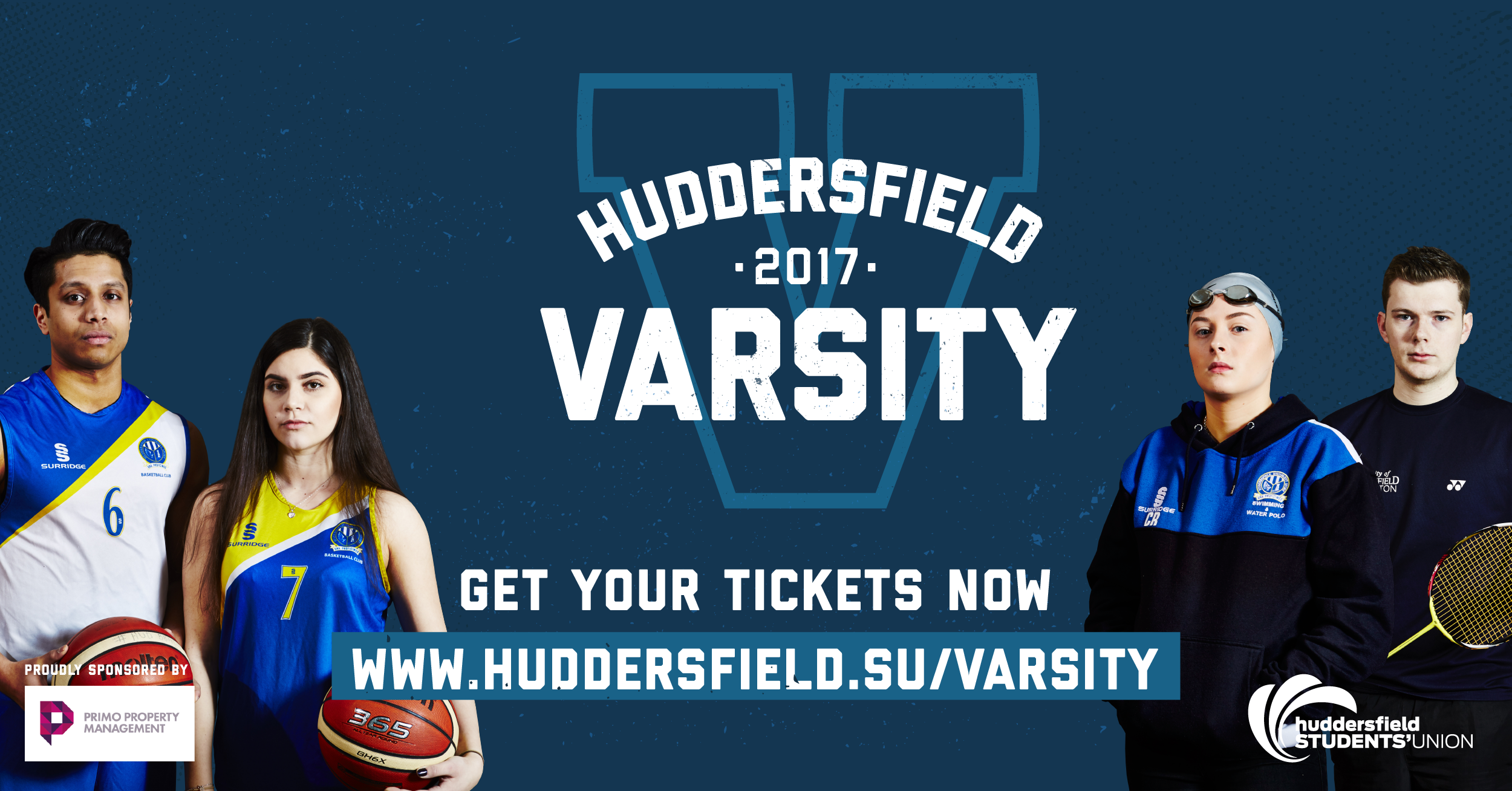 Varsity is an annual sporting tournament between Huddersfield University and Bradford University. Across the two-day event I managed a team of photographers and videographers to capture the 20+ matches and games across the city, as well as building the brand for the event.

The brand was focussed around the team members of the sports clubs and their hard-work in training for the tournament. Using a limited navy palette I combined the team colours with a classic American college football style to create an iconic, grungy style.

The campaign included several teaser videos to build anticipation amongst competitors and spectators and concluded with a highlights video of the event.